They say you can't judge a book by it's cover, but we (especially those of us who work in the publishing business) know that the cover is essential in selling books. A few factors that I keep in mind when designing the cover are the following"

ORIGINALITY: Some editors and art directors want the cover to look like the covers of other best selling novels. I don't agree with this. I'm not saying this gimmick doesn't work. But I make my books, art and films for me and have to trust that my preference is the same as those who would be interested in my work. If I go into a bookstore and scan the shelves, the book that is going to stand out to me is the one that does NOT look like everything else. Then it is up to the quality and the description on the back to seal the deal. 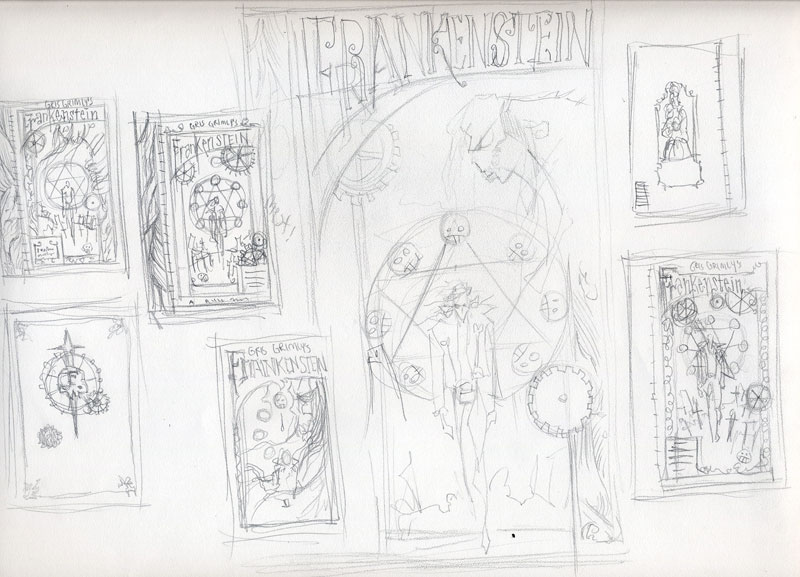 NARRATIVE: It is important that the cover reflects the tone and concept of the story without saying too much as to spoil the mystery. This is the exact opposite of exploitation. Exploitation shows all the meaty parts to excite and entice. But usually the content lacks any substance and the promotional art is the best part of the product. That's what makes exploitation movie posters so amazing.

The story of Frankenstein to me, is about Victor and how his obsessive passion for his work destroys all his relationships, Elizabeth being the one closest to him. I chose to focus on the journey that Victor takes which is alone, forbidden and morbid. Setting him in the midst of a cemetery seemed most appropriate. At first a had the dark figure of his creation in the corner of the sketch, but decided that it would be better to keep this a mystery. Victor holding the shovel eludes to his immoral task at hand. The gears set in the title represent the industrial revolution and the irresponsible speed of scientific advancements. These are all things that I think reflect the bowels of the book. 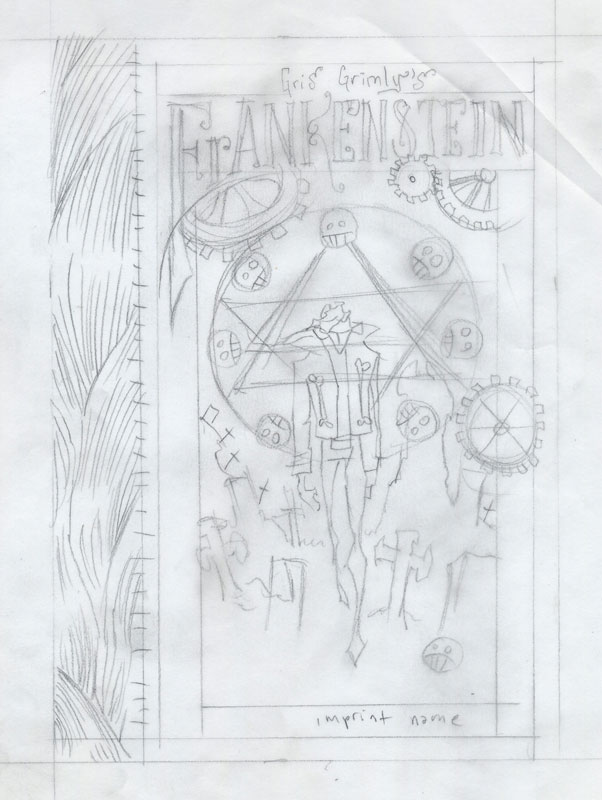 Something found on old book covers that I think is a nice touch is the separation of spine from the cover. Some books had an actual separation from fabric to printed card stock. But in others, it was just illustrated that way. I plan on using a marbling meat texture for the end papers of the book. I thought it would kick crypts to add that same meat texture to the binding of the cover and make it look like it is stitched on. 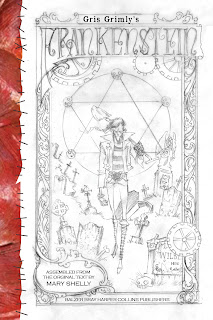 This cover is only in beginning stages at this point. I have plans to add a small frame on the back center cover containing a shrine-like illustration of Victor's love interest Elizabeth. I'll keep you updated on those sketches as well as the end results.
Posted by Gris Grimly at 4:25 PM 4 comments:

F IS FOR FRANKENSTEIN... 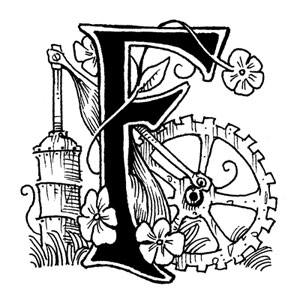 With all the page illustrations behind me, I'm onto the loose odds and ends. Over the weekend I finished up the initial caps which will be used to start each chapter. I wanted them to have a Victorian feel depicting elements of natural life, industrial machinery and human anatomy. This is what I achieved: 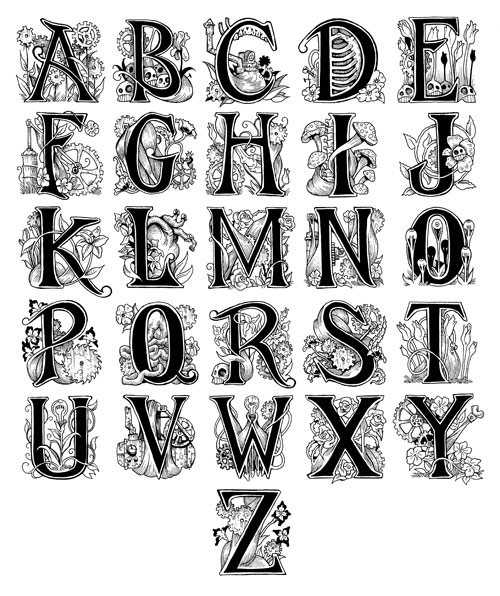